How Salaries in Oman are Affected by COVID-19 (Part-1) 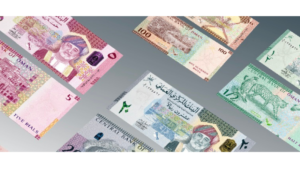 The government has relaxed several laws to enable private sector to survive COVID and its wake. The government would do anything to stop more business foreclosures and,
thus, more unemployed Omanis. Besides several laws already announced and put into effect, a set of new laws are expected. According to marketing speculations and
government officials hire and fire will be instated to grant business owners better control over staff performance. Also, all staff, including Omanis, will engage into 2-year
renewable contracts as opposed to the permanent contracts currently being the norms.

In addition, lower Omanization ratio requirements could be presented to private sectors to lure new investments into the Sultanate.
The government aims at quantity (people employed) rather than quality (their salary). Above all, it should not impact the private sector’s ability to remain competitive in Oman
and abroad.

Nevertheless, there have been a number of new laws that have affected the salary scale and purchasing power in Oman.  Some of these changes include:

The Civil Service Council announced in May of 2020 a new salary structure for those who would be appointed to work in Oman’s government sector in future.
According to the new resolution, the salaries awarded to new employees will be according to the professional degrees they hold, as part of a unified salary
structure for Omani civil servants in the country. For most part, academic qualifications remain the key factor in determining salaries
in the government sector in Oman.

Ministry of Finance cancelled a number of allowances and privileges for ministers, undersecretaries and some employees in government institutions. The decision
states that as of April 1, 2021, allowances granted to employees outside the framework of the unified grades and salaries in all government units will be
reduced by 50%.

The allowances include management, employee and clinic allowance, among others. In the event that the employee receives more than one allowance with
different names, the higher allowance will be reduced by 50% cent and the other allowances will be stopped. An exception will be made for the functions of the
judicial authority (judges and those of similar rank), medical and auxiliary medical jobs in governmental medical institutions (civilian and military), jobs of the
diplomatic corps at the Ministry of Foreign Affairs (expatriate allowance), academics, teachers and air navigation jobs.

The Oman Investment Authority, the government entity that owns and oversees government owned companies operating in Oman, announced the restructuring of
salaries, bonuses and incentives of employees working in state-owned companies.

Pay scale in these companies used to deprive other local and international companies from accessing local talents. It was evident that certain calibers in
government companies were paid way above what they market could afford!

From January 2021, a monthly salary contribution is applied to all Omani employees, at the rate of RO1 per RO100 of monthly salary (or 1% of payment). Contributions of
equivalent value is also due from the employer.

Although, the effect of this scheme remains minimal to both employers and employees but it definitely adds to the cost of salaries of Omanis in the private sector.

Get your copy of Oman Salary Survey-2021